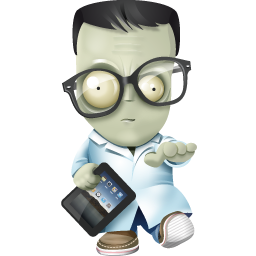 A special hello to our gamers who love their Twitter.  Our website is now testing a new way to share FG member's group pages.  It's a new option that allows our #lfg #tabletop #gamers to share their group's page here at Find Gamers.   It's completely optional.  Every time you create a new group or update your existing group, we'll send a tweet out about your group updates.

I've been asked a few times, why would FG do that?  Well, honestly it's just to help our members out.  It's the only reason this website exists in the first place.  We spread the word, people notice and then come back to this site to read your group's information page.  Piece of cake right?

If you have noticed some weirdness with Find Gamers lately, just know you aren't alone.  Our hosting company decided to convert it's web servers to an entirely different product without notifying it's clients.  The result was like boarding a train to failure and not a little bit of irritation on my part.

I won't go into all of the details but the site kind of blew up for a few days.  We think everything is working right now.  At this point, the only weirdness might involve our web fonts.  You'll know if they aren't working just by looking at the main menu on the left.

Try clearing your browser cache if they aren't showing up yet.  If you are still affected, please log-in and then let me know through Feedback.

In the course of updating the available wargames in our Games & Genres, I've been trying to add more popular games to Find Gamers.  But it's hard to find a websites or publications that have information about the popularity of different wargames.  So I'd like to ask our members about some information we need your help in finding.

The first would be industry data on the sales of wargames over the past few years.

Secondly and more useful, do you know of a website that has a list of wargames that's similar to Board Game Geek's ranking system.  This type of information would let us know more about games that slow-burn over years.  They are popular over decades instead of driven by pop-culture trends.

Board Game Geek does have a "Wargame" section but it's a list of wargame style board games.  So it only includes games with boardgame mechanics like Axes & Allies but not for games like Bolt Action.  Their list does have a few very popular pop-culture games like the X-Wing Miniatures Game.  But it's a list voted on by predominately board gamers, not wargamers.  We're looking for games voted on by wargamers.

Our members probably know more about Wargames than I do.  If you aware of a source with information that Find Gamers can use, please pass it along to us.  Thanks!

Behind the Scenes Updates

There are some updates behind the scenes affecting the programming language Find Gamers uses.  This upgrade shouldn't effect your experience on our site.

If you encounter a new error or something weird, be sure to let me know through Feedback.  Please be sure to include what you were doing and the page you were on if possible. 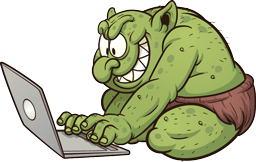 Roleplaying as an Educational Tool

I have a firm belief that new gamers can be found anywhere. A great example of this theory can be found in the work of Shaun “Jim” Low.  He's an educational therapist who works with students typically 10-17 years of age, many with learning disabilities.  Jim's educational therapy program uses roleplaying games to teach skills and subjects his students are having problems understanding.

I recently took in a new student  let's just call him — J — who's fast becoming one of my favourite students. J is a bright fellow, but he has an impulsive and rather rebellious nature (basically a youth at-risk), so we spent the first few lessons just talking and getting to know each other.

I often like to use games and RPGs to teach concepts, so I figured I'd use one with J. I decided I'd start our first term together by showcasing genre types outside of the norm to broaden his view of the world.

Our first session, to my surprise, was a hoot. One of the best things about RPGs, in my experience, is that it often brings out the innate traits of a person, and with J, it was no exception. Underneath the tough guy exterior was someone wanting to do right and straighten out wrongs. Not only that, but I got to see some absolutely creative problem solving even with the odds stacked against him.

After that session, he just couldn't stop asking me when our next session would be. For someone who had never played many games in his life, and was always more of a sporty, extroverted kind of person, J was surprisingly very much into the game.

In fact, since that day, he's always been motivated to come for class. We don't always play (our next session is scheduled to be on the following week), but that first game had opened up a lot of opportunities for incidental learning.

This is not my first success story in using games for therapy, but perhaps one of the most notable ones, as I had had doubts it would work. The exterior is what we as adults usually see, but what's inside can be different. I've always believed RPGs to be an effective tool in mirroring the innate qualities of people, youths and children included, and this little anecdote certainly did help further that belief. What are your opinions? Do you have any similar stories? I'd love to hear them.

If you are an educator with an interest in Jim's methods, be sure to follow his blog at Swords & Stationery.